Give Murder A Hand Chapter One I sat on my rotting back deck, looking at Molly as she checked the time on her new watch. Her watch matched the rest of her. Perfect. It was a designer brand and matched her designer dress, which was a bit too short, a bit too tight, and cut low enough to show everyone who cared just how ample her bosom really was.

I looked down at my T-shirt dress and wished—not for the first time—that I could just be a little more like her.

Maybe if I had her budget I’d be able to dress like that. I sighed. The truth was, even with her budget, I still couldn’t pull that outfit together so effortlessly. Molly is my sister and she’s beautiful. We’ve been told that we look very much alike, but honestly, I am a watered-down version of her.

My name is Lizzie Fuller, and I’m the tallest female member of my family, measuring in at five foot two inches. Barefoot, Molly is shorter by half an inch, but that half an inch is very important to me. Our brother Danny towers over both of us at five foot eight, but both Molly and I have a much more impressive D-sized cleavage. I am however, the only sibling to have inherited two dimples. Where from? Who knows? Grandma Mabel was a bit of a wild card, so we have no idea what’s hidden in the family gene pool.

The day had turned into a bit of a scorcher which, as it was summer, I guess should be expected. My deck was old and rotten, but it was safe if you sat on the end nearest to my neighbors, Hazel and Allen. Of course that had the disadvantage of Hazel, the quintessential busybody, being able to hear everything I said. But as long as I didn’t talk about her, it wasn’t really a problem.

I sighed contentedly, and pretended to listen as Molly dreamily told me about a new man she was interested in. Honestly, my attention was on her dog, a little Maltese Terrier named Harper. Every time Molly came over for a visit, Harper went out to the garden, and frantically dug in the same spot. I usually went out and shooed him away, but next visit, there he was again. I’d decided to let him go for it. I wanted to plant some trees anyway so he was saving me the trouble of digging the hole. Plus, I always looked at him with his bright eyes and his tongue hanging out, and thought how enjoyable his life was. Seriously, when it’s my time to be reincarnated, I want to come back as a dog.

I turned to look at Molly, still dreaming about the new man, her eyes bright and her tongue almost hanging out, and right there and then I believed people really did look like their dogs.

Lucky for me, I owned a cat, and that rule didn’t apply to cats. Did it? I was about to ask Molly when she shouted at Harper.

“Harper! Get out of there!”

I looked, wondering where he was as I couldn’t see him anymore, when I realized he was in the hole he’d dug.

“Come here, boy,” she called. He stuck his head up out of the hole and barked. Woof.

Eventually he came, but he didn’t come clean. Harper was usually white and fluffy but right then, he was brown from his shoulders down, and had dirt stuck to his snout. He also brought something from the dirt to give to Molly. I noticed her eyes bulging as the realization dawned that she had to put him back into her beautiful shiny SUV. I stifled a giggle.

“Oh, Harper! Look how dirty you are,” she chastised as she stood and walked towards him. “And what is that?”

“Don’t yell at him,” I said. “He looks happy.” And he did. His eyes shone brightly as he trotted up the three steps onto my wooden deck, and dropped the gift at Molly’s Jimmy Choo-clad feet.

“Eww, that’s disgusting!” She squirmed, moving her toes to push it back down the stairs.

I knew she was squeamish about things like that, but as she turned towards me, her complexion paled, she swayed, and then fainted…right on top of Harper’s gift. Shit. Shit.

Running over to help her, I looked at Harper. “Good one, Harper. Now what am I supposed to do?”

I wasn’t good in stressful situations, especially medical ones. My heart rate increased, as my heart pounded against my ribs, leaving me short of breath. Calling an ambulance would probably be a good idea, but my phone was inside the house. Years ago, I’d completed a first aid course, and a memory stirred about how to put a patient in the recovery position. I knelt down next to Molly, grabbed her shoulder and shook her. Not exactly the recovery position, but it felt like the right thing to do. She moaned. That was a good sign, right?

“Molly!” I yelled, shaking her a little more. “What the hell are you doing?”

She moaned again. At least I knew she wasn’t dead.

I grabbed her shoulder and rolled her onto her back.

“You’re going to be in big trouble when she wakes up,” I said to Harper, my heart rate decreasing slightly as Molly’s eyelids fluttered.

“Molly!” I shook her shoulder once more. “Molly, wake up.”

She opened her eyes wide and stared at me, her gaze unfocused.

My yelling must have worked—well, either that or the shaking I gave her—because she groaned and sat up.

“Stop yelling at me,” she whispered, her eyes rapidly moving about, as she tried to figure out what happened.

As she moved, a bone rolled out from under her. Harper saw his chance, grabbed it and ran straight into the house, towards my couch—my white couch.

“Harper!” I yelled. I didn’t care how happy he was. I did not need a big muddy stain on my favorite chair. Leaving Molly to get herself up, I ran through the kitchen door after Harper, but he was quicker than me. I wasn’t sure how though, as that bone was almost the same size as him. Before I could catch him, he’d run through the kitchen, across the hallway, and straight into the lounge room. He was settling into place as I ran through the door.

“You naughty boy!” I chastised, stepping up to him. “That couch is nearly new and I happen to like it!” As I spoke, I looked down at the bone.

As Harper nuzzled it into position, it overbalanced, rolled off the chair, onto the floor, only stopping once it was under my timber coffee table. I gave a disgusted sigh and knelt down to retrieve it, wondering what poor family pet it would once have belonged to.

Feeling around the dirty carpet, I shuddered as my hand made contact with it and I felt the cold, damp soil lodge under my fingernails. As I dug my fingers in and pulled the bone out, I looked down at my hands, nausea rolling in my stomach. A clod of dirt fell onto the mat. The world swayed slightly as I saw looking back at me…a skull. But it wasn’t the skull that freaked me out, it was that I was pretty sure this one didn’t belong to a dog…or a cat.

In fact, I was pretty sure this one was human.

Stomach clenching, my vision blackened, and sweat broke out on my forehead. As the sickening feeling consumed me, I dropped the skull, sank to the floor and sucked in some air. My body shook as I pulled my knees up and put my head between them. I vaguely heard Molly enter the room.

I waited for the dizziness to stop before responding. “What do you think?” I croaked. “Your dog just dug a skull up from my garden!” Panic seemed the appropriate emotion for the occasion.

“Well, it’s not exactly my fault,” she said, falling onto the couch.

“Whose fault is it then?” I asked, my voice getting louder with every syllable.

“You bought this stupid house. I told you not to, but did you listen to me? No! Of course you bloody didn’t!”

“Well, I’m sorry!” I yelled as Harper slunk off the chair and moved behind the couch, sensing that maybe some of the blame would fall on him.

“And you bought the dog. Did I ask you too?” Molly, too, seemed led by panic. Thankfully my front door opened and in walked Riley.

Riley’s my boyfriend. He’s six foot three, same age as me (thirty-two and I promise I’m okay with that—honestly, I am), he has blond hair and the most amazing blue eyes I have ever seen, but it was his eyelashes that undid me. They aren’t overly long, but they are black and thick. To sum him up, he’s sex walking.

“Is everything okay?” he asked, his deep voice having an instant calming effect on me.

My eyes filled with tears, realizing that a responsible adult could now take control of the situation. Riley took one look at me, moved into the room and dropped to his knees in front of me. I put my head on his shoulder as his arms pulled me in close.

“What happened?” he asked, his voice filled with concern. Reluctantly I pulled away from him and pointed to the skull that had once again rolled under the coffee table. He moved and retrieved it, his brow creasing.

“Is it what I think it is?” I asked, my voice slightly wobbly.

“Where did it come from?”

“Harper dug it from the back garden,” explained Molly, her voice barely above a whisper as she looked at the skull in Riley’s hands.

I thought about those hands and how I might make him acid wash them before he ever touched me again. Then I looked into his eyes and thought, bugger it, he could touch away.

Riley placed the skull on the coffee table, stood and moved towards the kitchen. Molly and I stood and followed him, gratefully leaving the skull behind. Harper, realizing the danger had passed, stepped out of his hiding place. He stopped to sniff at the bone.

“Harper!” yelled Molly. A second later he trotted past us, his tail between his legs.

Once in the kitchen, we passed through the back door and continued to follow Riley down the steps and to the garden bed where Harper had been digging. At this point, Harper overtook us all and immediately jumped back into the hole. I heard Molly suck in her breath as he came out, another bone clenched in his jaw. For a dog with one tooth, he certainly excelled himself today.

Riley took the bone off him and moved into the dirt himself. I grabbed Molly’s arm as I held my breath.

“I think we should call the police,” said Riley.

“How many are there?” I asked incredulously.

“I’m not sure but there’s a lot more than this.”

I felt the nausea swirl as Molly sat her designer dress down on the grass before she fainted again. 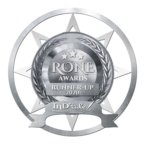