This is one invitation you won’t want to turn down! When Alexandra Anderson is invited to a work place reunion at the television station where she formerly worked, she’s excited to catch up with old friends. And the theme of the reunion is a Murder Mystery Party, so that should be fun, right? Wrong! Alexandra’s first horror is coming face-to-face with her ex-boyfriend and his brand new, gorgeous wife. Second, the party happens to coincide with one of the worst storms of the season, knocking out utility lines and cell service. And when her less-than-beloved ex-boss becomes the Murder Party’s fake victim, Alexandra and her “team” are tasked with solving the fake murder before anyone else. The only bright spot? The sexy cameraman on Alex’s team with the sparkling blue eyes and soft, full lips.

But what starts out as a game becomes all too real when Alexandra stumbles upon the actual dead body of her ex’s new wife. Did someone take the game too seriously? Is there a real murderer among the party-goers? Can following the clues to a fake murder help Alex solve a real one? Trapped by the storm, with “players” disappearing and time running out, Alex finds herself in the middle of a deadly game of cat and mouse… where not everyone will make it out alive!

If you like your whodunits to be witty this is a wise choice.

Invitation to Murder by Beth Prentice is an addictive read! 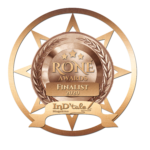